“The Comm is a place that brings even the most unlikely of heroes together. It harbors the atmosphere of family and friendship that we have come to so appreciate these days.” (Kaylee Cummings, Capturing the Comm) 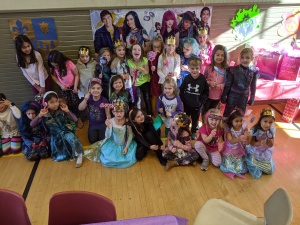 The Waverly Community House has been in the hearts and minds of all it serves since it was founded in 1919. Making its debut in the community at the tail end of the Great War time period, the Comm served as a symbol of hope to all who entered its doors. The building withstood the passage of time and has served individuals and families in the region in various capacities through major national events such as: The Great Depression, World War II, Spanish Influenza, The Vietnam War, and most recently—the COVID-19 outbreak. The current crisis, however marks the first time the Waverly Community House has ever had to shutter its doors to the public. Due to Governor Wolf’s Stay at Home Order, and for the safety of the community, the Comm temporarily closed on March 19th, 2020. In an effort to stay connected with the community, the Capturing the Comm series was created on social media platforms such as Instagram and Facebook. This series gave the community an opportunity to share photos of the building and to give brief descriptions on what the Comm means to them. The digital initiative quickly took off as community members filled the Comm’s messaging system with pictures and fond recollections of the building, sparking a community movement that linked the building to the public, even though it remained closed.

A few of the initial posts revolved around our organization’s events and programs—such as the Artisans’ Marketplace and the Comm Kids After School Program. Some individuals chose specific areas of the building to focus on, such as the flagpole, playground, and the gymnasium. Others chose memories gathered during happier times to focus on such as birthday parties, friendly meetings, and dance classes. Throughout all of the posts however, emerged one common theme—community. From Jennifer Kapp’s relayed quote from her daughter, the “self-proclaimed queen of the Comm” who describes her favorite 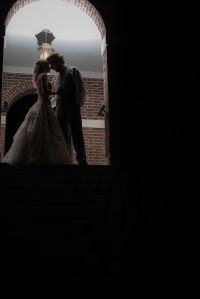 places on earth ranked as “1.) the Comm, 2.) home, and 3.) school,” to Shannon Mandeen, who feels so attached to the Comm that she held her wedding reception in the building’s gymnasium—the Comm is a thread that holds the community together. It fosters friendship, creation, inspiration, volunteerism, spirit, and love. As we approach the end of the official Stay at Home Order, and emerge from months away from the beloved building, we can reflect on this difficult, unprecedented time period with the notion that the Comm will always be there waiting for its community. To quote one of the final entries from contributor Anne Marie Shinko: “The Comm still has personality and life even when people can’t be there, but when people do return, it is like a happy giant awakening from sleep.”

You can view the Capturing the Comm entries on the Comm’s Instagram account at www.instagram.com/waverlycomm. You can also contribute photographs and recollections of the Waverly Community House via email at: greviello@waverlycomm.org.