“My father died in July of 1961, and I am currently engaged in examining the possibility of setting up a scholarship in his memory to foster the development of scholars and artists in the field of fine arts.” (Peter Belin Jr., letter to Trustees, 1963)

The upcoming weeks here at the Waverly Community House will be full of activity as we prepare for the very first Belin Film Festival. To commemorate this exciting endeavor, a series of blog posts detailing the history of the F. Lammot Belin Arts Scholarship, and those who have contributed to its creation and success will be posted. In this introductory entry, we will discuss the gentleman who, through the love for his father, his community, and the arts, was able to conceptualize a gift which has continued to benefit talented individuals for decades. As we enter into this new phase of development for the Belin Arts Scholarship and Foundation, we are honored to have been able to sustain and expand this unique gift through the Waverly Community House, the Board of Trustees, and of course, the Belin Family.

F. Lammot “Peter” Belin Jr. was born on February 3, 1913 in Scranton, Pennsylvania to 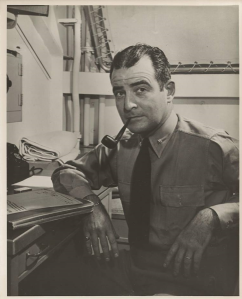 parents Ferdinand Lammot Belin and his wife, Frances Jermyn Belin. As an adolescent, Peter received his education at schools in Switzerland and the US before graduating from Yale University in 1936. After graduating from Yale, Peter spent some time at the Paris Institute of Political Studies ( L’Ecole des Sciences Politiques) with the ultimate goal of entering into a career in diplomatic services. In 1937, Peter found himself on the ill-fated Hindenburg; he miraculously survived the disaster and went on to enter into 20 year career with the United States Navy. Just two years after the Hindenburg disaster, Peter married Mary Dickson Cootes; the couple became very active in local philanthropic efforts which later resulted in numerous contributions to organizations dedicated to the performing arts and historic preservation. Peter and Mary also became involved with charitable efforts to benefit many children’s hospitals in their local region as well. In 1960, Peter retired from the US Navy as Captain and correspondingly became very focused on continuing to serve the region in a multitude of ways over the next two decades. Consequently, after his father’s death in 1961, Peter became primarily dedicated to creating a gift to benefit the community in his memory. With the help of the very dedicated Board of Trustees at the Waverly Community House, the F. Lammot Belin Arts Scholarship was established; the first winner of the fund, Carol Leah Jones, was named in 1964 and the tradition has continued ever since.

Peter Belin died on February 23, 1982; however, he has left behind a legacy in the form of a memorial gift which has continued to benefit and encourage those with a passion for the fine arts to develop their talents in his father’s memory. As we enter into new territory within the realm of everlasting possibility for this scholarship, Peter Belin’s generosity and dedication remains at the forefront of our goals at the Waverly Community House.

The Belin Arts Scholarship, its mission, and its winners will be discussed in the next blog post, stay tuned!